Work From Home Online – Break The Cycle Of 9-5 Jobs 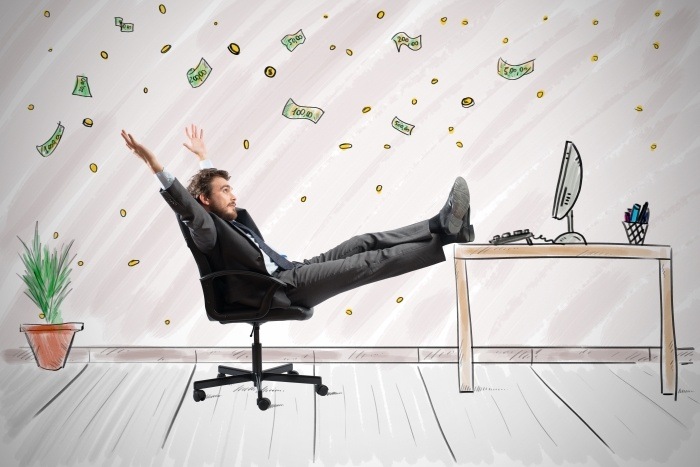 Here at Extra Paycheck, the site’s owner, Jason, and I often find ourselves discussing the different ways in which one can work from home online.

However, as he so acutely notes in his own article on this same subject, many people approach working from home with a number of misconceptions. In addition to the ones he mentioned, I’ll add a few I’ve encountered, but one that keep people from working from home.

Working From Home Online: The Realities

Working from home takes serious discipline, there’s no doubt about that. It’s not easy to even figure out what your online business will be. And if you’re looking for some solid tips on how to break up your day when working from home, click here.

But for me it boiled down to one thing…

If you’re truly passionate about what you’re doing–even if that passion is making money–then the above issues almost fade away instantly (though I’ll be the first to admit that I’m still working on my discipline and organizational skills!)

Finding Your Passion to Work From Home Online

Guess what I wanted to be before starting my own digital marketing company? No idea? Well, don’t worry because that dream seems miles away now; during and after college I wanted to be a philosophy professor.

After all, research and learning about ideas have always been two of my greatest passions and my parents and sister all teach. But here’s a not-too-well-kept secret: the academic economy is a royal crapshoot.

Even fifteen years ago when I was in high school and first dreaming of my possible academic future, I was uneasy about the idea of moving to a tiny town in the middle of nowhere because they were one of five colleges where my specialized discipline was taught (it’s hard out there for a humanities prof.)

The fact of the matter is is that you’re 100% dependent on the college that hires you for your livelihood and while you can certain pursue work outside of the school semester, when class is in session teaching becomes more than a full-time job (despite the fact that you can make more working full-time in fast food than as an adjunct professor.)

Of course, deciding to enter the job force with little to no clue as to how to conduct myself professionally or what I really wanted was considerably more difficult than giving a lecture Deleuze.

Do you have the itch? It’s that nagging feeling or voice screaming in your head when you wake up in the morning that you’d rather just stay home (which everyone gets, but if you’re hearing this on the daily, then you have the itch, plain and simple).

It’s also when you’re at the office and struggling to focus because you keep looking up news or even social media figures in a certain industry, then you have the itch.

But wait. What are you looking up when you should be working? Take note of that as it could literally be your ticket out of your unsatisfying job!

The itch manifests itself in many ways–doing a job at a lesser quality than you would normally, rushing to get through work, calling in one too many sick days–and while it can cause your 9-5 job to suffer, when you start experiencing it after reading this article, start using that energy for the future.

Turning The Itch Into A Career

You don’t need to be familiar with the work of Richard Susskind to know the days of the profession are fast-ending. When I entered the job force in 2007, it was still entirely reasonable to many that you would start out on a certain career path, be it doctor, fire or police officer, or a desk jockey.

I’ll never forget having a discussion with my first boss in NYC a couple years back–her company is now a consulting client of mine–and she remarked, “Five years ago, if I was looking at someone’s resume and saw that they had been at four jobs in five years, that would be a total red flag. Today it’s a red flag if they haven’t moved around a lot.”

The crash of 2008 and 2009 changed a lot and while the technology industry and improvements in internet speed were enabling more people to create blogs that would become miniature empires–looking at you, Arianna Huffington.

In 2009 when I was doing digital marketing for the aforementioned jewelry company, the FCC made it so fashion bloggers and other bloggers had to report if they were given a sample of the product they reviewed to ensure truth in advertising.

Today it’s pretty much a given that corporations will support your blog if it gets big enough. So what are you going to do about it?

Making the Jump to Working at Home 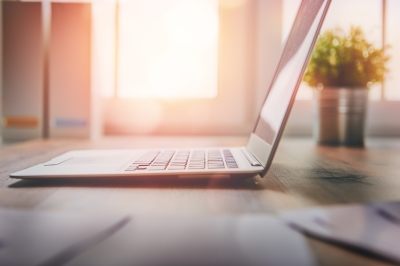 First and foremost, we would never advise quitting your day job until you’ve fully figured out your exit strategy. What is the niche that you are going to focus on? What is the value you provide that no one else does?

And once you do figure out your niche and value proposition, if you’re like me and do consulting and article writing work, start taking on jobs and looking for gigs in addition to your 9-5 so you have work waiting for you once you make the leap.

Also, remember that just because your desired profession might not be as reliable as it once was, doesn’t mean you still can’t do it. You just might end up doing it differently. For instance, I still write essays on philosophy and history that get published. But at the same time, it’s the work that pays the bills that I’m most passionate about.

You just might end up doing it differently. For instance, I still write essays on philosophy and history that get published. But at the same time, it’s the work that pays the bills that I’m most passionate about.

For instance, I still write essays on philosophy and history that get published. But at the same time, it’s the work that pays the bills that I’m most passionate about.

In the world of working from home, finding reliable and loyal customers and client is an art form in and of itself and you will likely trip more than once on your way to freedom from the 9-5 schedule. But if you’re truly passionate about what you’re doing and offering something no one else is, then you can’t go wrong!

TIMEBUCKS REVIEW: IS IT A LEGIT WAY OF EARNING MONEY?

Building Online Business One Site at a Time – Sole Build It

Many people work from home online and it has helped them a great deal. You can work in your PJs, don’t have to get out of bed and can work peacefully in the comfort of their own home. I think this site will help someone who is transitioning over from a regular 8-5 job to not having to drive their car to a place of business. Now that’s what you call saving money on gas and your website has done well to explain all these many aspects of working from home. Good job and I see you on the right path.

Agreed. Being able to wake up, pretty much whenever you’re most comfortable waking up, and being able to work in attire of your choosing, is just one of the many perks of working from home.

However, for anyone out there reading this, this should not be confused with having a “day off”. There’s still work to do!

Thanks for the compliments, Martin, and for taking the time to stop by and comment.