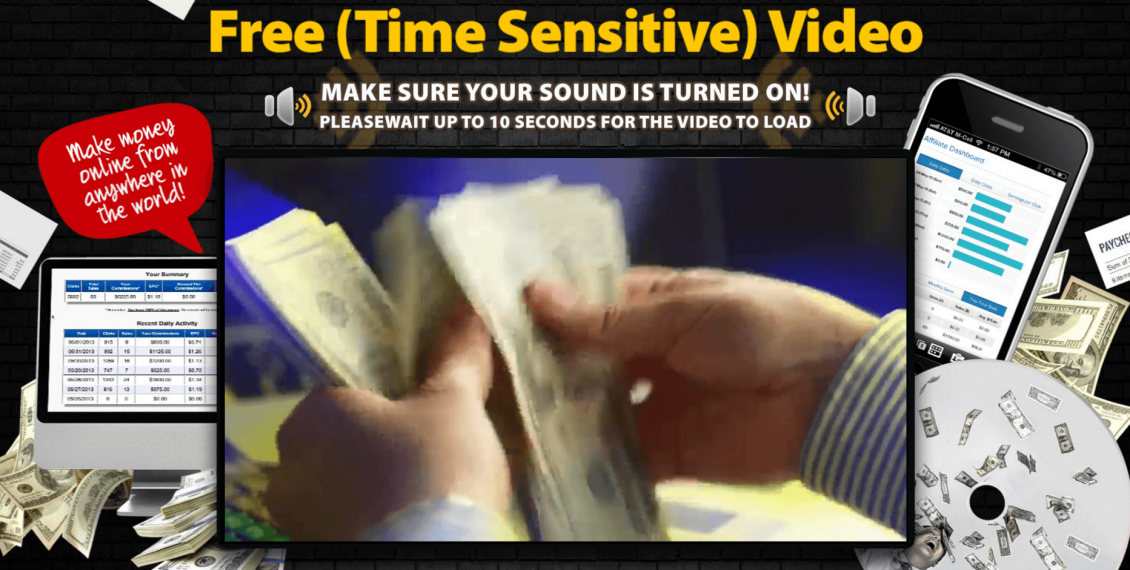 What Is Online Empire Maker

Here’s the top 3 reasons why I REFUSED to buy into the Online Empire Maker system and for those close to closing the deal, why you should reconsider before you purchase. So, what is online empire maker about?

Online Empire Maker is really a funnel to a more popular system known as My Top Tier Business (MTTB) which stems from My Online Business Education or MOBE (more on this shortly).

Why does this company feel the need to have so many aliases? I don’t know the exact answer but for me this raises suspicion.

One of the top beefs I have with Online Empire Maker is that you are being charged $97 for a system that normally costs $49.

The testimonies will lead you into believing that within 2 days time after buying Online Empire Maker, you will be receiving a check worth several thousand dollars. 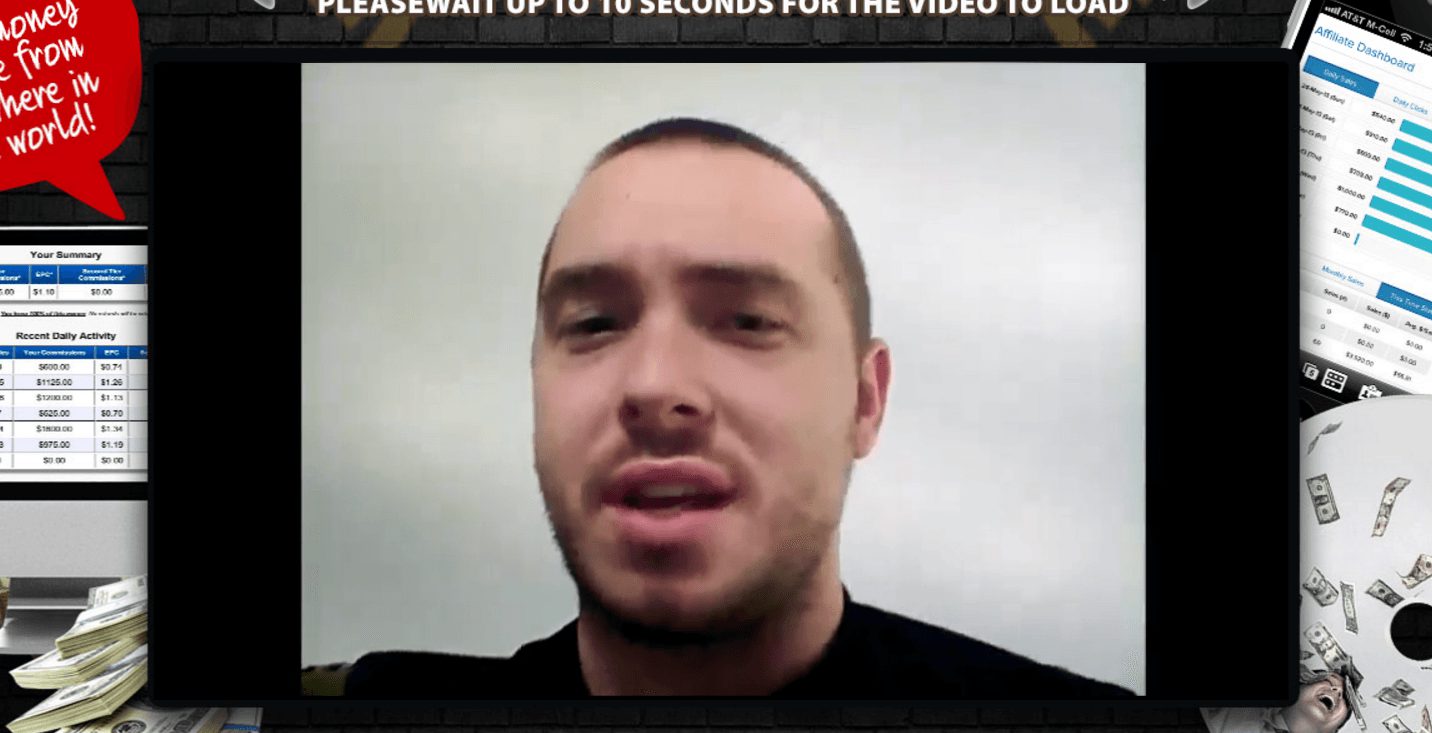 The very first testimony (found on the Online Empire Maker website) said it itself. This was followed by more prearranged scripts or “testimonies” that can be found within this hour long video.

I come across these PHONY claims often.

The truth is these “actors” can be hired over at sites like Fiverr.com many of which will say anything you want or do a positive review for any product for about $5.

What They Don’t Want You To See:

So while all these great claims of how people are earning tons of money and even becoming millionaires is being thrown in your face, the statement above indicates otherwise!

For new millionaires who found the perfect system allowing them to travel the world and earn money on autopilot, the people in these videos seem very depressed…

Looking For 106 People That Have Been Scammed?

That is an awkward statement.

What kind of criteria requires you to have fallen victim to a hoax qualifies you to join this instant millionaire system?

Though the video does go on to say looking for 106 people who have been scammed and are tired of being “cheated online”, pretty much.

According to the video, the number 106 just so happens to be the perfect number of people Jason Rogers (Online Empire Maker owner) can help out.

It’s important to note that 106 and even more people WILL be allowed to use this system. Whoever is willing to pay the initial $97 fee will be allowed in.

Believe it or not, their are many poor souls who have fell into the Online Empire Maker trap (which really happens to be MTTB) believing they were going to receive a “done for you system” which pumps out thousands and thousands per month.

When the truth is, you are being trained how to sell the same item which you just bought, and it doesn’t come cheap…

The main reason I refuse to buy this system and do not recommend it is because they (the ownership) can’t even figure out what to name it.

What do I mean?

Not to mention you are being charged almost twice as much for the exact system while visiting Online Empire Maker: 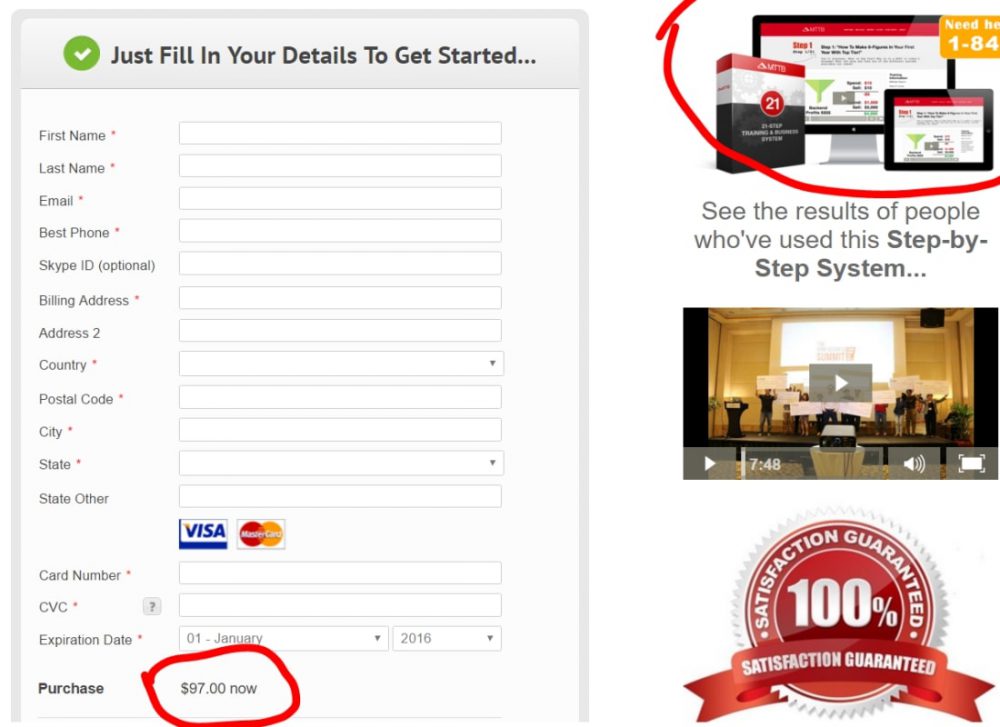 I found this when looking into the MOBE website which offers MTTB, only for about half the price (nothing extra is included for either): 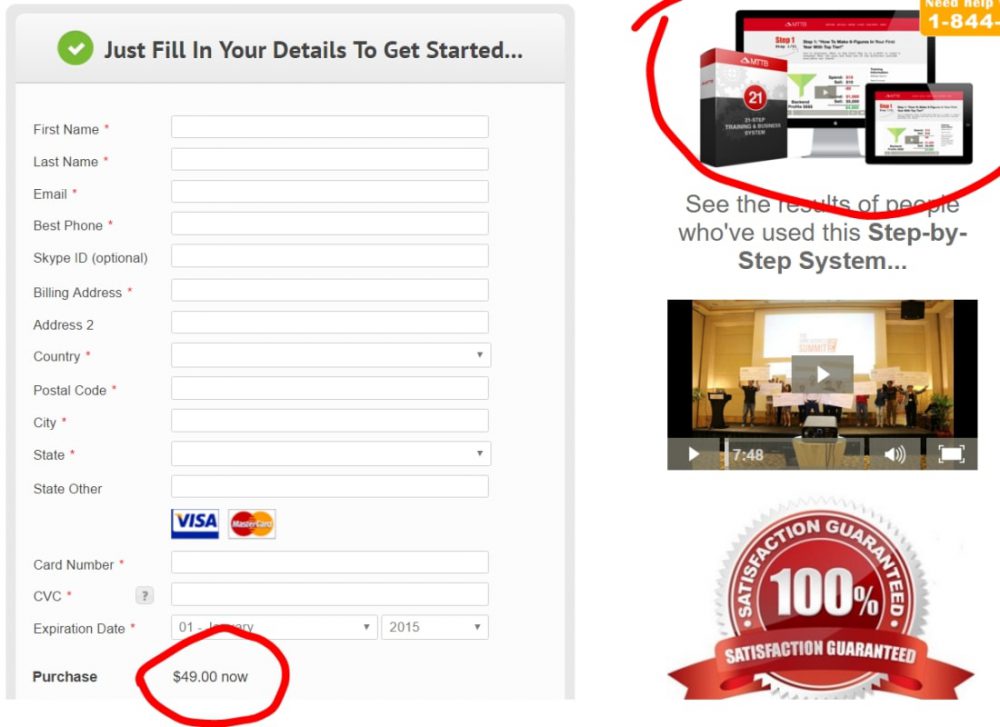 I don’t know about you, but I’m not going to pay twice as much especially when I do not understand exactly what I’m getting for $49!

MTTB stands for My Top Tier Business and is part of MOBE’s collection of products. It is a 21 step training system that teaches you how to make money online & license high converting done for you products & sales funnels.

You are told on the Online Empire Maker website that MTTB will make you a millionaire while working 30 minutes tops each day.

The work you can expect:

I don’t know which Fantasy Island they are living on, but no system ever lives up to these claims.

Here’s what to really expect:

While the initial $97 doesn’t seem like much, you can expect to see many up-sells for this system to actually make you money.

With MTTB, there are 4 main products:

This totals over more than $25,000! – So you could try your hand at MTTB or go ahead and put a down payment on a new house…

Starting a successful business online shouldn’t cost this much. Especially with their being more affordable and better alternatives available to succeed online.

Some Confusion On The Owner

I don’t know if the Online Empire Maker was put together by an affiliate of MTTB or the actual owner himself, Matt Lloyd.

But this Jason Rogers guy, you know the “owner” in the video on the Online Empire Maker website, is nothing more than a stage name.

Just like the testimonials, Online Empire Maker doesn’t really exist. It was put together to funnel you to MTTB, nothing more.

The actual owner of MTTB is Matt Lloyd, who I wouldn’t trust after coming across some unhappy buyers of his and wouldn’t be at all shocked if he was responsible for putting together Online Empire Maker.

Others are speaking up, and here’s what they have to say:

You can find similar complaints from unsatisfied customers of Matt Lloyd and his products both here and here.

Online Empire Maker is clearly hyped up around “becoming an instant millionaire” and letting “other people do all the work while you sit back and collect”.

It’s all empty promises and unrealistic.

To top it off it leads you to My Top Tier Business which you are paying double the original price for a sleazy system. MTTB is full of up-sells and the end result is for you to spend several thousands for licensing rights to sell other people the same crap you just bought!

Which isn’t easy to do… In fact, only 1% of all MOBE affiliate’s make what I would consider a full-time income for their effort.

There’s better methods to learning how to earn income online without risking your life savings and relying on recruiting others to do the same.

Check out my #1 Recommendation – Wealthy Affiliate to see how real business are made online. You can even join there for free to get an idea of what it has to offer before ever spending a dime.

The training speaks for itself!

Feel free to leave feedback below and share your experiences using Online Empire Makers or MTTB.  Your valuable opinion regarding the program will definitely help others!

TIMEBUCKS REVIEW: IS IT A LEGIT WAY OF EARNING MONEY?

SEMrush – what it’s all about

I must say… you really broke it down “Online Empire Maker” with concise and detailed information. I had no idea this product was linked to MTTB; however I did know MTTB & MOBE was connected. I’ve been offered to promote these products on several occasions but always had reservations joining, and you my friend just confirmed them all.
Really appreciate the work and effort you put into researching this company and sharing your findings.

Glad I could help, Mark.

The truth is there is money to be made by fooling people into MTTB/MOBE and sites like Online Empire Maker is exact proof of this.

I like to guide people to safe ways to learn how to make money online with sites like Wealthy Affiliate.

Not to mention, you don’t have to spend an arm and leg to get started learning how to run a profitable, long-term business from a computer.

Hi Jason! Thanks for this informative caution post here against this confusion known as Online Empire Maker, also known as My Top Tier Business (MTTB), also known as My Online Business Education or MOBE or whatever! I’m really fed up with scams online that promise heaven and deliver absolutely nothing! Fake testimonials are a novel way they’ve discovered to hoodwink even more people – and thanks for letting us know that even testimonies can be manufactured! I agree with you completely that to succeed online one really needs to put in the work.

For some a positive testimony from another user is all one needs.

The problem here is that the “testimonies” shown on the website for Online Empire Maker are for a product that doesn’t exist!

It’s very deceiving and I found this review necessary, hope it helped.

Thanks for commenting Stephen.

Hey Jason,
Online Empire Maker sounds pretty decent but as always, there’s something about it that makes me hesitant on joining… Until I read from your blog that its a part of MTTB.

I have had bad experience with MOBE and there are also connected with Empower network which is very risky business opportunity to delve into. Thanks for sharing with us your findings man, you just helped me dodge a bullet.

MOBE, Empower Network, and MTTB are all connected – as I’m sure you already know.

Glad you took the time in doing your research prior to buying into the “Online Empire Maker”.