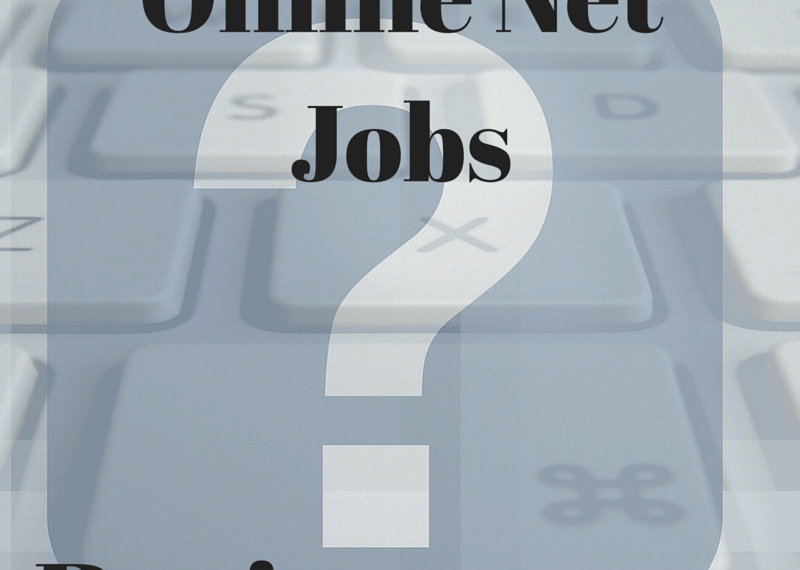 Unfortunately, this online net jobs review can be related to my Take Surveys For Cash Review.

It’s the same company with a different face…or domain in this case.

For those who are unfamiliar with Take Surveys For Cash, I will gladly explain it here.

As well as get you started in the right direction to actually learn how to earn online.

What Is Online Net Jobs?

Online Net Jobs is an exact duplicate of the Take Surveys For Cash website created by Jason White, and is an attempt to get more people to sign up and pay for a program that is full of lies.

The service itself is supposed to teach people how to gain access to high paying surveys, even makes claims of $500 payouts per survey which is absurd. 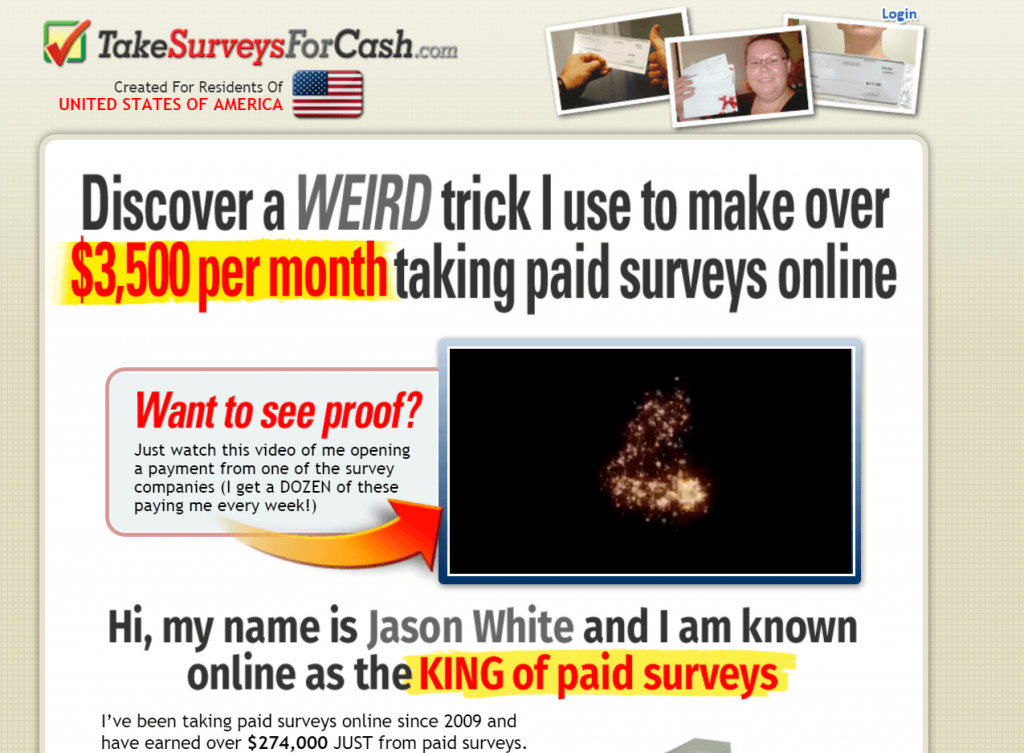 The price for onlinenetjobs.com or Take Surveys For Cash starts out as $39 but I have seen it as low as $12.

One thing I know for sure is that you should NEVER have to pay to participate in taking a survey.

I’ve taken surveys in the past and earned very little. Also if you visited my site before, you know how I feel about surveys.

Check Out My #1 Resource For Starting Your Own Online Business Absolutely Free!

A Series Of Lies From Jason White

The gig itself claims you will earn checks for hundreds of dollars several times a week by taking surveys.

While one of the oldest and common ways of earning some money online is by survey taking, there is no secret members club for earning $500 per survey online. 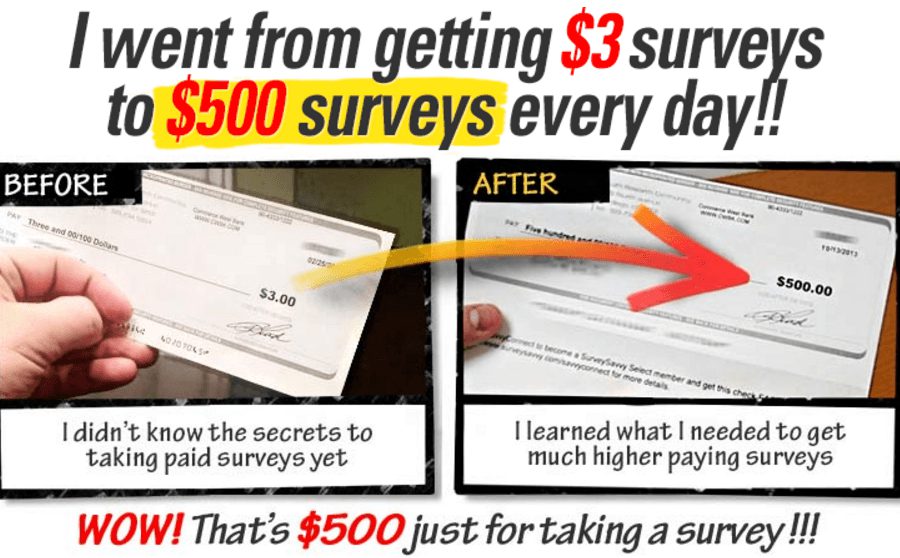 If you visited the homepage for this site, you may have taken the time to watch the autoplay video. One odd thing that really stood out to me is when Jason White states, “you can make free money every week”.

He is implying by using this system, you will be earning without doing any work.

What’s so odd about this?

A) You will be taking surveys, which takes up your time, how is that free weekly money?
B) There’s no such thing as free money when working online or offline.

To me this shows that “Jason White” is willing to say anything in order to get you to believe this product is real and to ultimately get you to make a purchase.

Online surveys usually plays a part in market research, where companies spend money in order to “test the market” and see which products would be, or are currently a success.

Companies get valuable market research from a targeted survey audience.

In order to qualify for a survey, there is usually a qualifying survey in place to see if you fit the targeted audience for that survey.

So YES, you’re taking surveys to take surveys in most cases, MAKE SENSE?

You will not qualify for every survey so at times you will be wasting your time simply TRYING to qualify.

You’re not going to fit every age group, every location, every gender, every demographic pretty much to qualify, that’s just how it is…

How Jason White will get you to qualify for so many high paying surveys? (It’s beyond me).

Jason White also vows that the “#1 secret” about paid surveys is the best survey companies don’t advertise online because they do not want to be flooded with unqualified applicants.

He then goes on saying that because he’s taken so many surveys with the best companies they trust who ever he refers to them. Basically, he’s got the hook up, so he says.

Signs of desperations if you ask me.

No Shortage Of Lies Here… 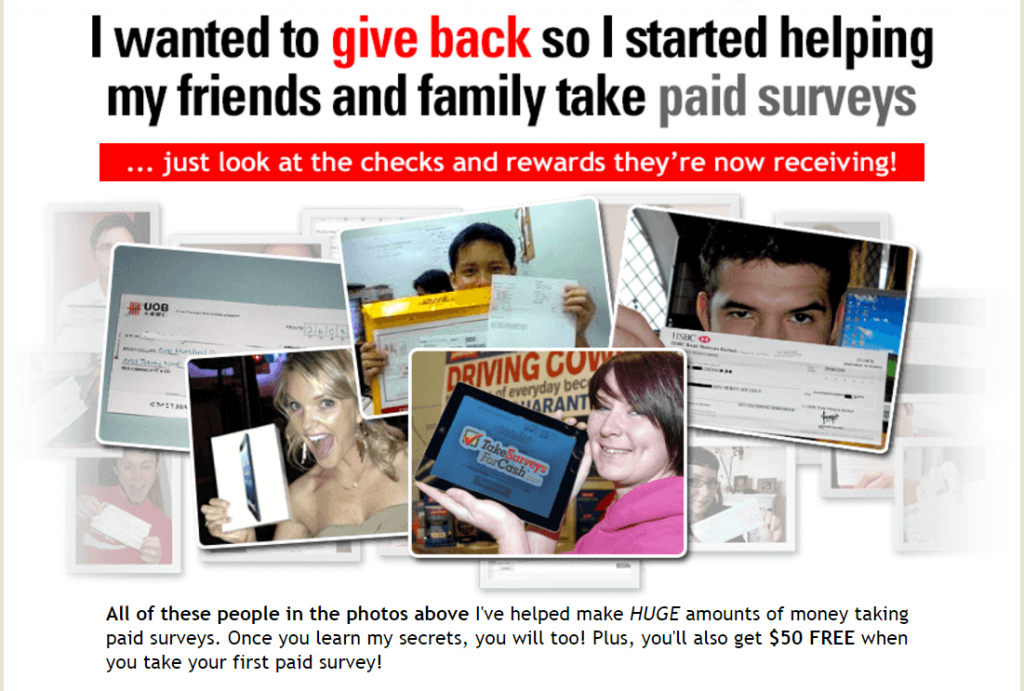 This photo is actually hilarious…

It’s supposed to show all of those who benefited by using Take Surveys For Cash instead we have images of random people holding random checks compiled from the internet.

The images are all blurry and the check details cannot really be made out, there’s an excessive use of white out on one, and whatever the two ladies are displaying seems quite irrelevant.

Out of ALL the people Take Surveys For Cash has “helped” earn money, these questionable images are their attempt at proving it?

What They’re After (Take Surveys For Cash)

Pretty much, there after your money…I came across a few complaints while researching this program you can see below: 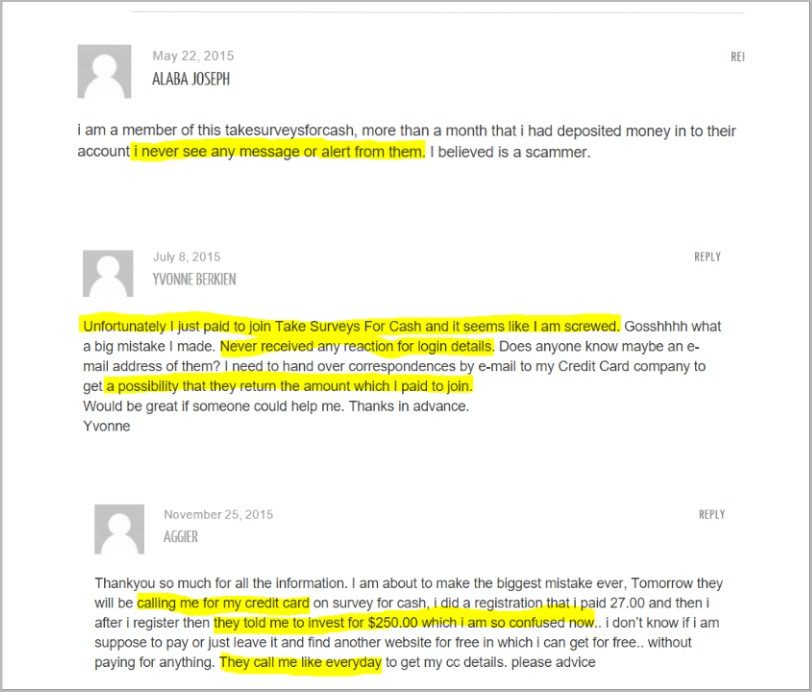 Above is only a few of the complaints I came across which are results of people who bought the Take Surveys For Cash system themselves.

I myself did not want to spend a penny and contribute to Jason White, “The King of Online Surveys”.

NOT ALL survey sites are scams. In fact, there are many reliable survey sites that exist in which people are earning a couple extra bucks a month online.

The bottom line is nobody is benefiting, taking any high paying surveys, or making money at all using online net jobs or Jason White’s Take Surveys For Cash.

If you have any questions about Take Surveys For Cash or would like me to review a site you are unsure about, let me know below and I will be sure to respond 🙂

Interested in REAL ways to earn money online and not afraid to work for it:

Building Online Business One Site at a Time – Sole Build It

Yes, I’ve seen this Take Surveys for Cash before, and it really does look like a scam. Even before I have looked through the website I know it’s not worth my time, because I have seen so many of these survey sites and they all turn out to be a complete waste of time. This is not a good way to earn money online. The only people who will make good money from this are the people who promote it as an affiliate, not the people who actually do the surveys. There must be enough gullible people who try it for long enough to make it worthwhile for the affiliates, that’s all I can say.

Yeah as time goes by and you’ve been working online for awhile, you can spot the fakes almost instantly.

However when doing these reviews I try to give them the benefit of the doubt and treat each review as an opportunity to earn online.

Some people enjoy survey taking because the work is straightforward and can be convenient to do. You just gotta find the right survey sites.

As far as Take Surveys For Cash goes, it’s a full-on scam. There is no secret list for taking high paying surveys…

There are tons of survey sites that people can sign up to use for free. And, you are right about most survey companies… You have to complete a survey to see what surveys you qualify for. THEN, before every survey, you still have to answer a few questions to make certain you are the kind of person that they want to hear from! I tried a few different sites when I first started to make money online. Most survey sites prefer to pay you in gift cards. Not really a bad thing, But, you do invest a lot of time for a tiny and infrequent payout… There are way better things you do online for pay.
What’s your number one recommendation for making money online?

Nicki, you hit the nail on the head here!

That’s the way things work when getting involved with survey sites and as you mentioned it’s not a bad thing, just not time well spent if looking to REALLY earn online.

Some people enjoy the simplicity of survey taking however.

My #1 recommendation is Wealthy Affiliate, you can find a full review of this awesome resource here.

It covers all ground of affiliate marketing which in my opinion, and that of several other experienced online business people, is a great way to begin learning how to earn money online for people of all experience.

It also is the best in terms of Community, Training, Help, and Support. Not to mention anyone can try it completely free for themselves, and I invite others to do so. The training and community there speakes for itself!

Thanks for your insights, Nicki.

Have a great weekend.