Is Take Surveys For Cash A Scam – My Review!

Is Take Surveys For Cash A Scam

I hate to admit this, but I almost fell for it!

Right from the get-go my gut told me something is not right with this website. But even with all the red flags and as I was reading through the offer, I became more and more convinced to try it out for myself.

So, is take surveys for cash a scam?

The only reason I semi believed in this hoaxer Jason White, creator of Take Surveys for Cash, is because I know for a fact there are a lot of survey websites that actually pay you money to partake in their surveys.

If you’ve visited my site before however, you probably know I do not like survey sites. Primarily because they are very time consuming and dish out very small profit or reward.

This is also where Take Surveys For Cash gets interesting, claiming to have narrowed down the top highest paying surveys. By joining (more like handing your money over to an unknown con artist) you too will receive offers from these high paying surveys daily into your inbox:

The only trick you will be seeing is a magic one, when your money vanishes.

The price is initially is $37 for access to Take Surveys for Cash. Then can be reduced to $12 as you are trying to click away from the page.  This whole “better buy now” thing is typical among internet scams. By leaving the page, you can gain additional discounts, all the way down to $12.

Jason White, Take Surveys for Cash creator, claims that he has a big “secret” to taking surveys online and making thousands of dollars in cash. He claims that he has discovered a ‘flaw” in the survey system. This self-proclaimed “King of paid surveys” even goes on to show you how he makes $500 from surveys a day and how you can too. 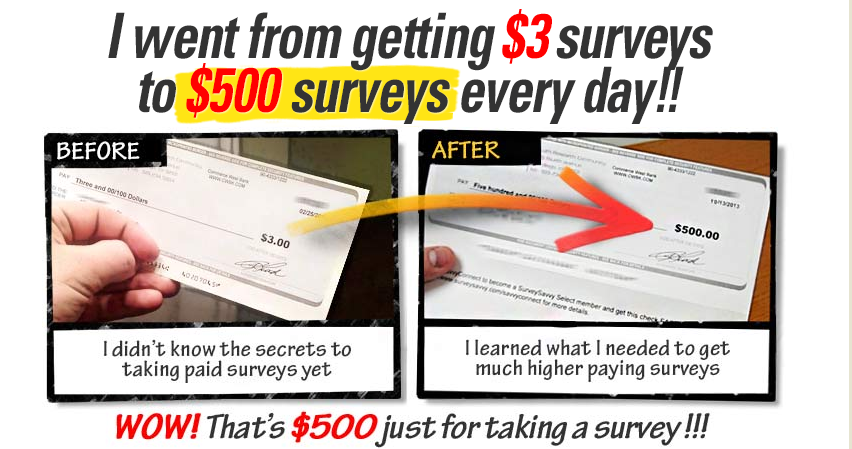 May seem legit to the untrained eye. LOL

Look closer at the “After” image on the right. The $500.00 was clearly modified and is fake.

I spent quite some time on survey sites in the past and can say you would be lucky finding one that offers $2.00 for usually about 30-60min. of your time. So we’re talking $4.00 an hour at best. There are some honest survey sites out there, I just don’t bother with them because they’re not very rewarding or worth my time.

“I’ve been taking paid surveys online since 2009 and have earned over $274,000 JUST from paid surveys. I know that might seem hard to believe, but it is100% true and verified. Large multi-billion dollar corporations need your feedback and suggestions about their products and are willing to pay huge sums of money to get it.”

This guy is willing to say just about anything to make a sell, and loot your hard earned money.

You don’t have to take my word for it, but I come across scams like this daily. This website in particular is about how you can make money online, and how to avoid the bullsh** along the way. So I review these websites all the time.

Takesurveysforcash.com is fake, phony, untrustworthy, don’t do it. But you don’t have to take my word for it. If you know of any other questionable websites please let me know in the comment section below.

Before pointing you in the right direction, I’d like to let you know making money online and working from home is a very real thing. I like to say work from home, but the truth is you can work wherever there is internet access. It is the greatest “job” I’ve had to date. 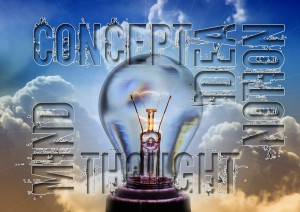 Building a business online takes hard work, and i’m not talking the kind of work Jason White(Take Surveys for Cash guy) does. There will always be me and people like me who will warn the public against  this type of bulls@#%.

It’s honest work, and how I make my living from a computer is through affiliate marketing. There’s money to be made!

Before you jump into any new business setting, you must first learn the ins and outs. It requires a certain skill set which I know any newbie can gain. Do yourself a favor, learn more by clicking below:

So I took a video of myself actually getting paid $500 for paid surveys to finally set the record straight.

I’m not going to leave this video up for long, so check it out now before I take it down!

The link you shared, is the exact same thing I warn against on this website.

You didn’t really think I would allow you to self-promote a scam here, did you?

In fact, here’s my review of Take Surveys For Cash.