Is Lotto Destroyer A Scam – Or Worth Buying?

Summary: The Lotto Destroyer claims that by purchasing their $147 eBook, you will be able to accomplish anything you want in life.

With the Lotto Destroyer system, you are basically paying for a high-ticket item (the eBook) which is supposed to contain some magical formula which will help you predict and win future lotteries of your choosing, here in the U.S.

I’ve done dozens of reviews on this website in which many of these products claiming to teach or help you to make money, turn out to be dishonest, misleading, or even flat out lies.

The Lotto Destroyer is no exception.

Is Lotto Destroyer A Scam

I decided not to purchase the Lotto Destroyer for several reasons. For starters, the story told in the 30+ min. sales video didn’t make much sense to me.

The “owner” who you hear in the video, who is more than likely a guy paid to read the script, opens up his story by saying that he was chased by a store owner and his “3 Pakistani brothers” for winning so much money. Apparently, the store owner thought he was cheating.

He mentions in the video “the owners hate having to pay out cash from their registers”.

Well, if you are familiar with how the lottery works, there is a set limitation for how much cash you can claim inside of a participating lottery store. For example, in California, $599 is the max. Anything over $599, you will need to visit a local Lottery District Office.

Another strange thing with this claim is that store owners who sell big winning tickets, usually get compensated for selling the winning ticket. Sort of like a commission. Why would they chase him away?

This is just one minor inconsistency that I found when reviewing this system. Below I will share others and hopefully help you decide if pursuing Lotto Destroyer is the right decision for you.

The Lotto Destroyer is not as genuine as it says it is. In fact, their whole testimonial segment is dishonest.

According to the Lotto Destroyer website, “Ahmad H.” hit his first jackpot for $39,487 in less than a month of using their system.

Testimonies are powerful and for many people who may be interested in buying this system, these testimonies might have been a determining factor. But again, you can completely discredit these: 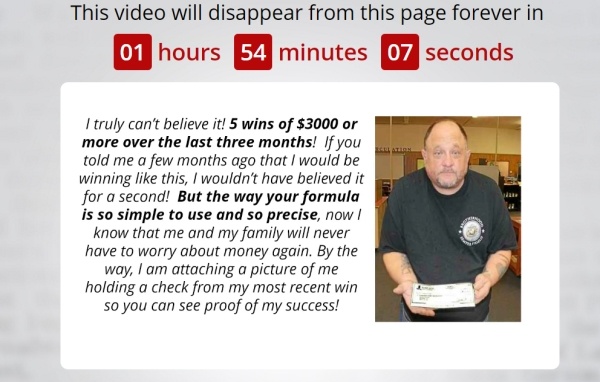 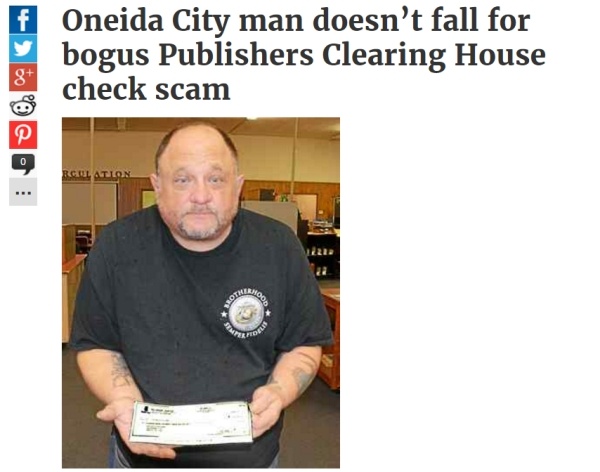 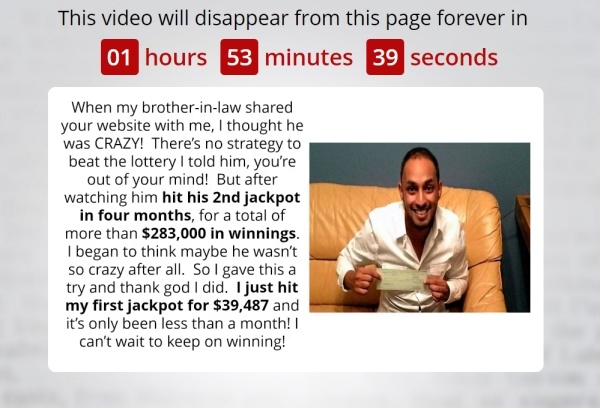 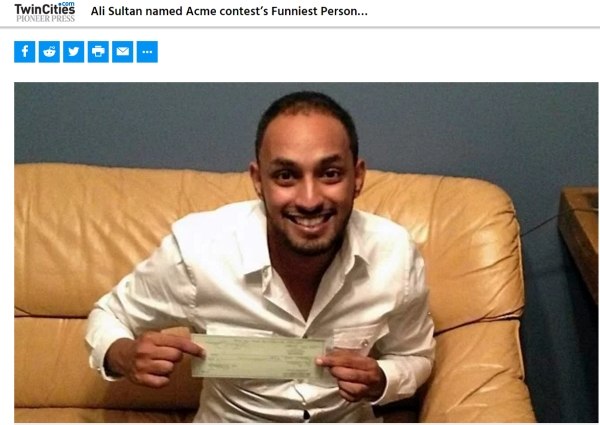 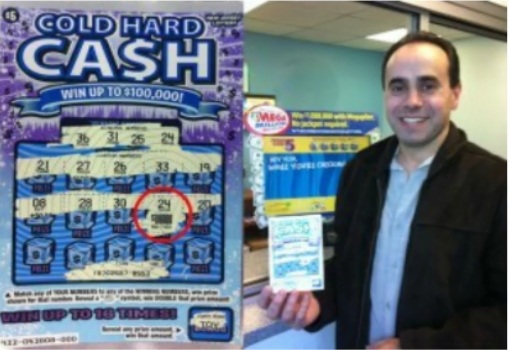 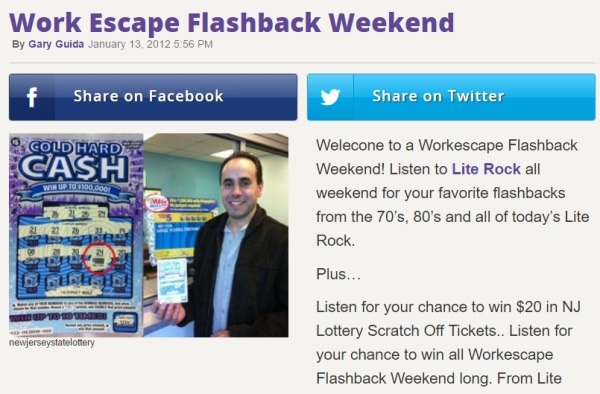 Just to be clear, I did not purchase the Lotto Destroyer. But I can bet for those who have, you will be greeted by more upsells and introduced to other “make money online” programs. Programs that you don’t need and will only cost you more money, prior to ever getting to whatever the Lotto Destroyer truly has in store for you.

According to their website, you will be receiving a “magical formula” within an eBook, that will help you discover what numbers have the highest chance of winning the next time there is a drawing for the lottery.

You can allegedly plug these numbers into your favorite lottery games to greatly increase your chances at winning big.

It is here that the Lotto Destroyer suggests that you could make a full-time income from using this system and even leave your job behind because of it. A very risky statement.

This is just another get rich quick scheme and I am willing to bet that not only the formula does not work as described, but you will run into upsells and more nonsense upon joining the Lotto Destroyer.

There really are no pros to the Lotto Destroyer system.

Is Lotto Destroyer A Scam

There are a few other scam hints that I have yet to mention. One being that this system has an exact duplicate – it just goes by this name: 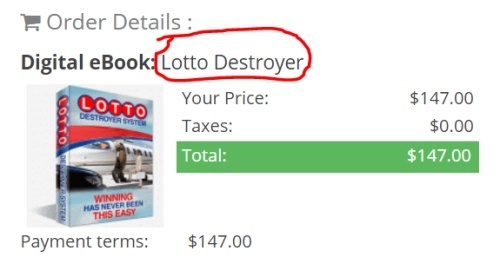 We have Lotto Destroyer and Lottery Dominator. Both websites contain the exact same sales video/pitch. Why is there a duplicate? My guess would be so that whoever put this junk product together could get more sales.

Speaking of the sales video, which has been prerecorded months ago. I find it odd that every time you view the video you will hear that are only 200 spots available but 138 people have already taken action. Making it only 62 spots available. Keep in mind this video was put together months ago.

This, along with the fake countdown timer above the video, was put together to create a sense of urgency and to make you buy “before time runs out”. I would imagine it being hard to run out of eBooks as they are digital copies. Just saying…

For $147, it is suggested by the Lotto Destroyer website that you could earn up to $287,000 by using their “deceivingly easy system” that will predict lottery wins.

My advice is not to fall for it and to stay away from such get-rich-quick schemes. It will be a waste of your time and money.

Feel free to share your experiences with the Lotto Destroyer below 🙂 Interested in learning a legitimate way to starting your own business online? Follow the Getting Started page of this website to begin today.