Is Cash With Matt A Scam – This Guy Again!? 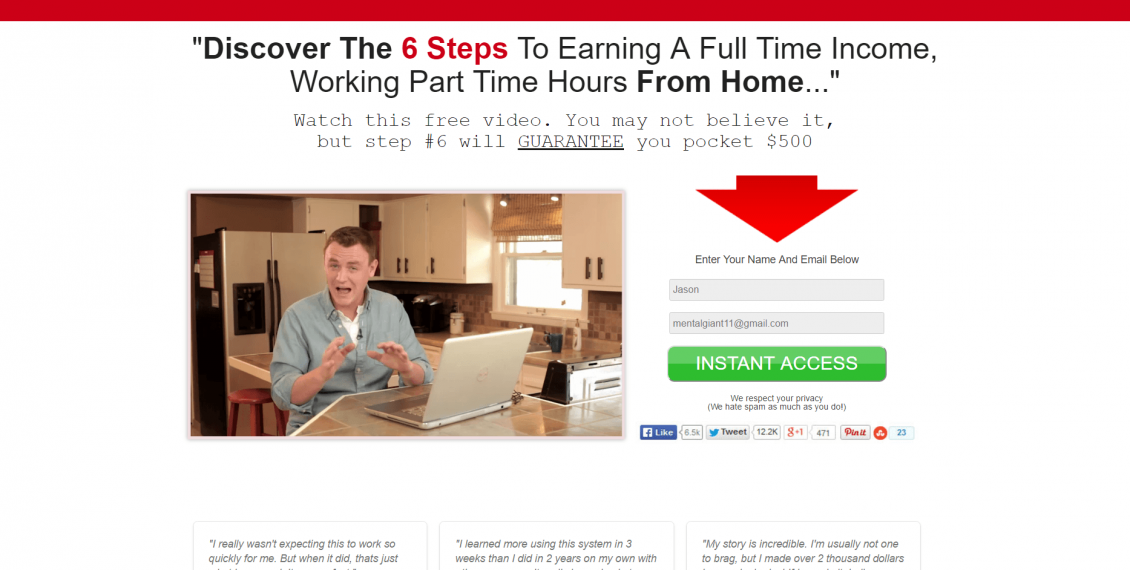 Cash With Matt is NOT a new program in any sense, instead it’s only leads you to a known program that has been around for years.

Why are you being secretly funneled to this well-known program? Will this “stuff cash into your pockets like clockwork” or is Cash With Matt a scam?

I had the same questions and decided to take a look at this make money online opportunity to find the truth.

First of all who’s Matt? 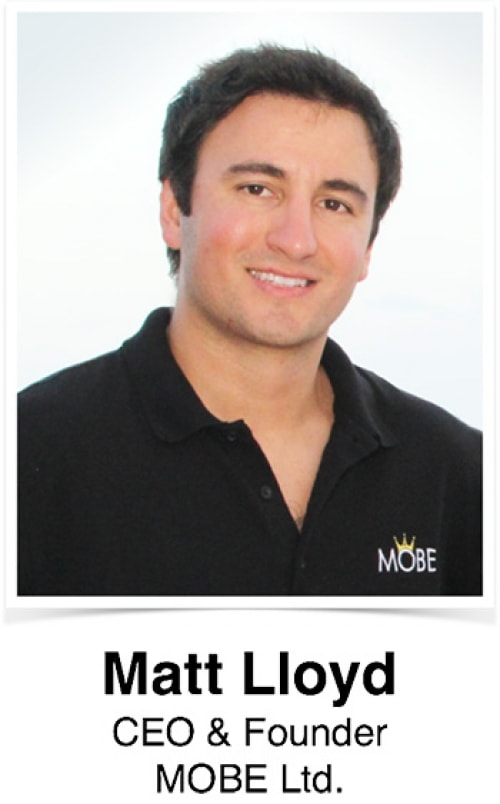 The Matt they are referring to is Matt Lloyd, an internet millionaire known for his product, MOBE.

Throughout the duration of the video (Cash With Matt) they never reveal this, even though it’s clearly stated they will “introduce him”, but never do.

It’s also strange that MOBE, which is what you are ultimately buying, is not mentioned once.

I personally do not like this kind of secrecy especially when people’s hard earned money is at risk.

This is an email I received from Matt Lloyd which describes him and his MOBE product in a nutshell: 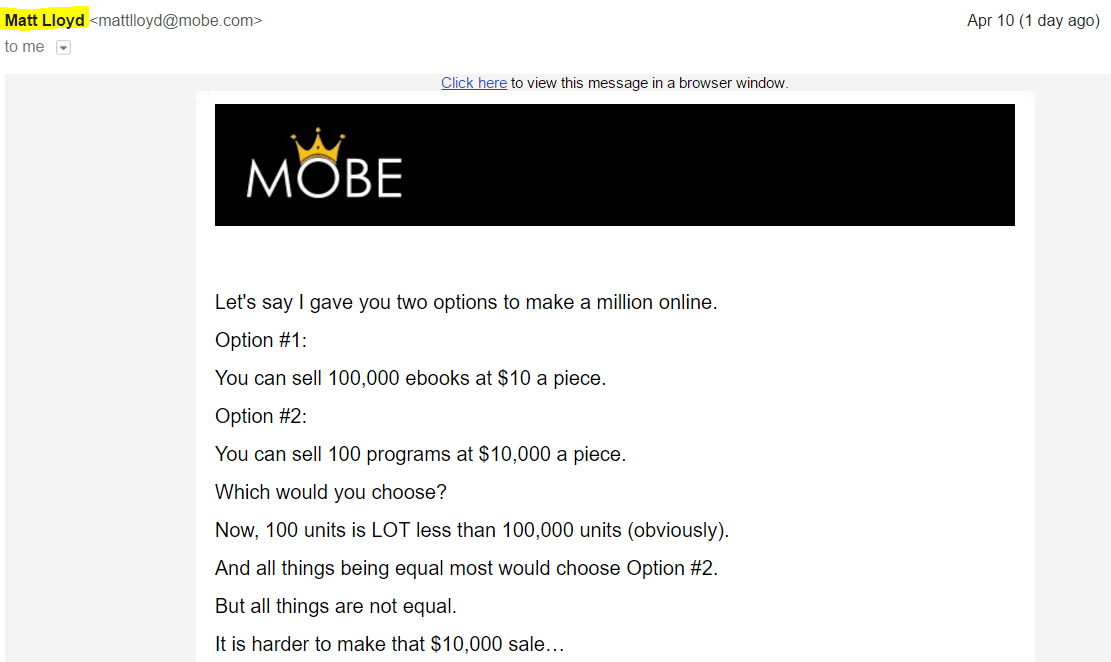 The MOBE program and it’s members are involved with selling products at an over-inflated price for personal gain.

Just because you can sell an item at a higher price does NOT mean it’s worth it. They’ve been successful in selling it at a high price because they are selling other people on a fantasy that this is the ‘one-stop solution’ to making them rich.

Here’s what (ex)MOBE users are saying about Matt Lloyd also known as, ‘Cash With Matt’: 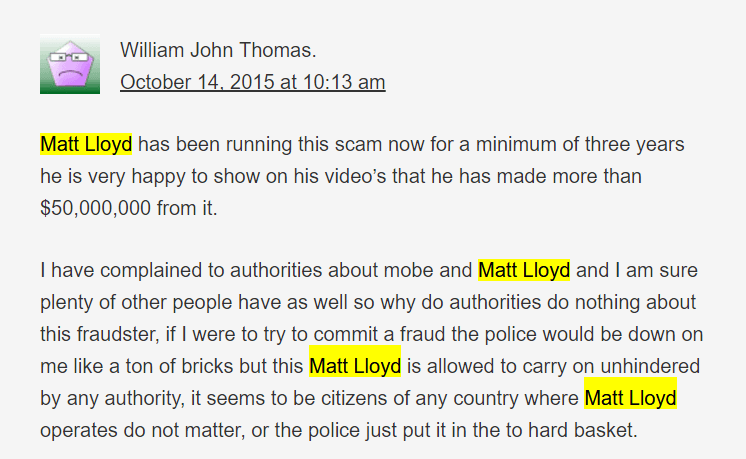 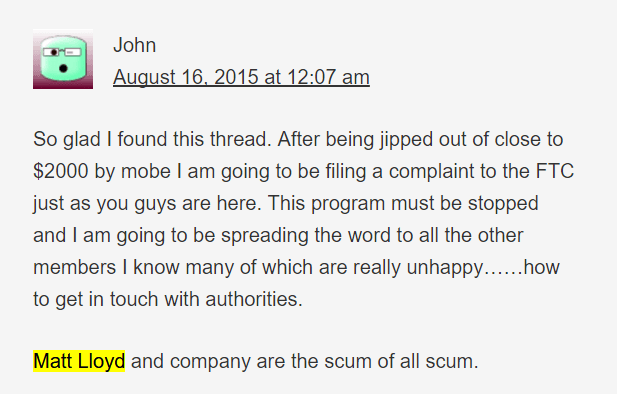 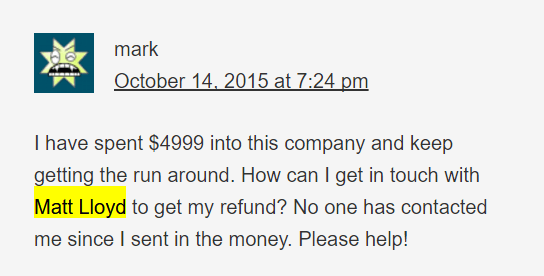 You can find many more complaints on Matt Lloyd here, and by searching the internet.

Can you be successful with MOBE?

With MOBE you are participating in MLM, and apparently the only one’s succeeding in this program are the ones who are promoting MOBE.

Tells you a lot about the product doesn’t it? If you’re paying this kind of money (see below), then the product should hold more value other than learning how to sell it to others.

While Cash With Matt will only cost you $37, this is merely an entrance fee and you should expect numerous up sells after paying the initial $37.

Here is the pricing structure for MOBE which you will encounter after buying Cash With Matt:

Tens of thousands of dollars being spent on something you initially thought would be $37. I don’t know about you, but this kind of concealed business doesn’t fly with me.

To answer the question, you can succeed using MOBE, however the odds are against you.

MOBE or My Online Business Empire leaves you under the impression that you will learn how to build a business online (which you probably can), but the ONLY success stories you will hear are again, those who are promoting it – more then likely experienced marketers.

This is typical MLM.

The idea behind MLM is that you make money not just through your own sales work, but by recruiting other salespeople and making a cut of any sales that they make. Recruit enough people below you and you can just relax and watch the money roll in.

Basically you’re selling Matt Lloyds stuff to others so you can make a commission. They in turn can be taught to do the same by spending $10,000’s.

Here’s your likelihood of success:

This was taken directly from mobe.com

1% of their users are successful in terms of earning a full-time income at doing this. While that leaves 95% earning less than $100 a month.

Do You Remember Seeing This Mug? 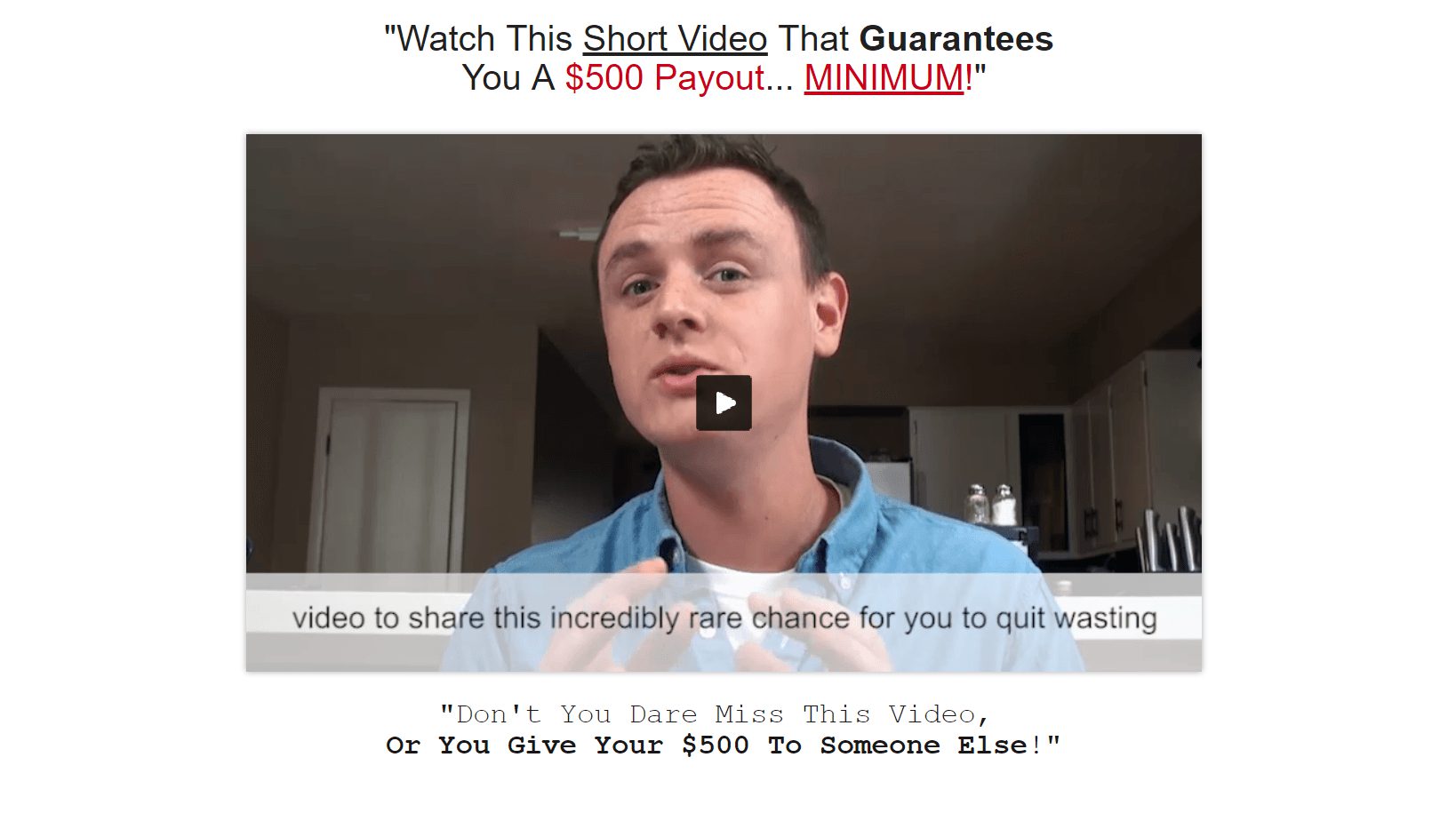 This is Mr. Jordan Daniels who I first encountered less than a week ago in my review for My AE Success.

Here you can find Daniels promoting another once in a lifetime, limited, life-changing, revolutionary, secret system to making people RICH online.

Of course there’s more than one way to go about making money online and even some legitimate programs that help teach you in doing so, however nothing about Jordan Daniels seems to be trustworthy.

He contradicts himself, he’s greedy, a fraud and willing to say just about anything to ensure you become his next victim:

You can hear a much more subtle Daniels when stating:

This is much different then the rundown we were given over at the Cash With Matt website.

He’s a desperate case and involved with ripping others off, see for yourself:

More evidence of Cash With Matt being directly related to MOBE: 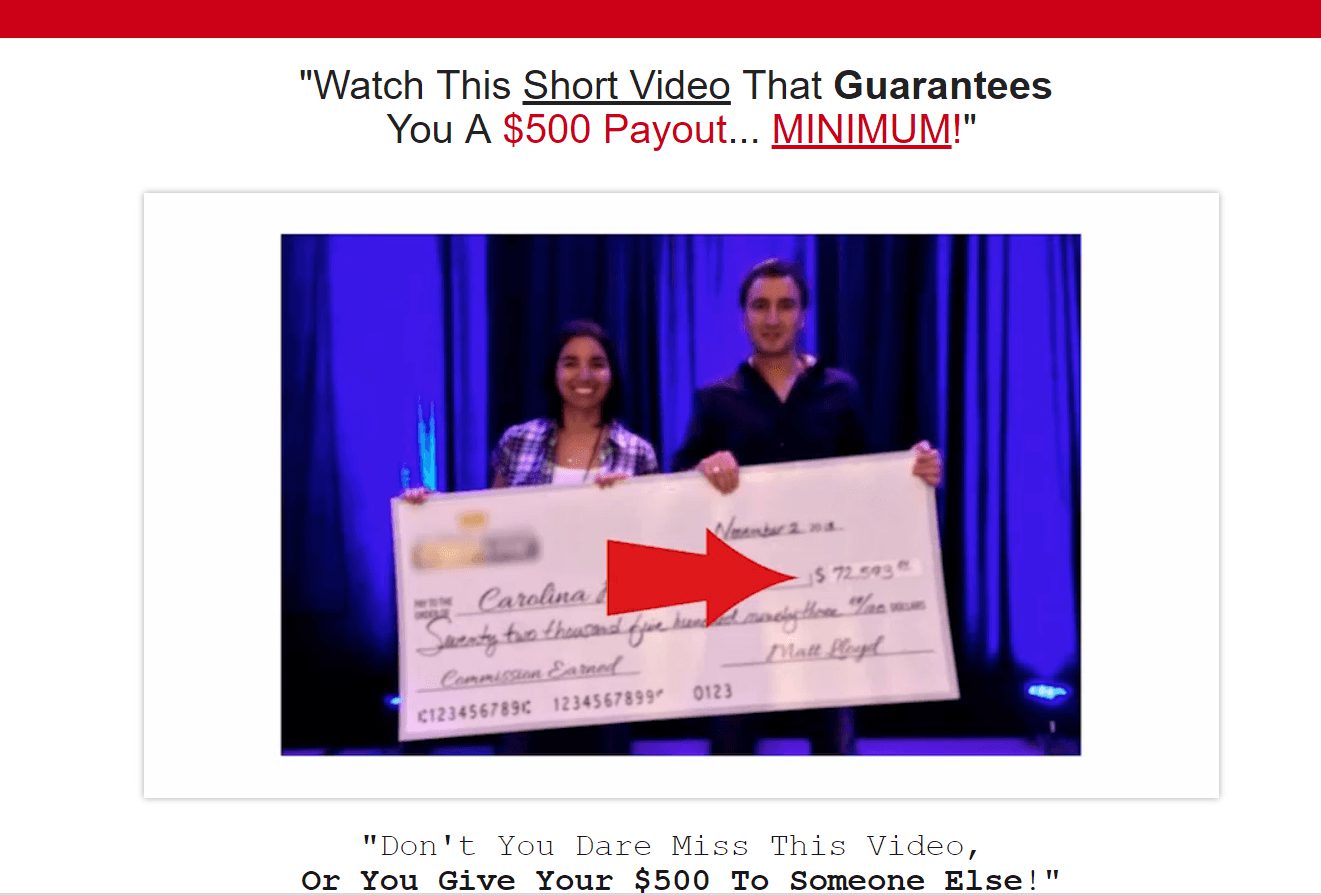 That is Matt Lloyd on the right found in the video on Cash With Matt.

Again some members (less than 1% – chart above) are making good money with MOBE. It’s just unfortunate it comes at the expense of other people.

I am not willing to spend that kind of money in HOPES that I can sucker more people into doing the same so that I may profit.

I recommend programs that are reasonable in price and that produce real results – even for absolute beginners.

Remember the 21 super simple steps you need to follow in order to succeed and get the “$500 Guarantee”? 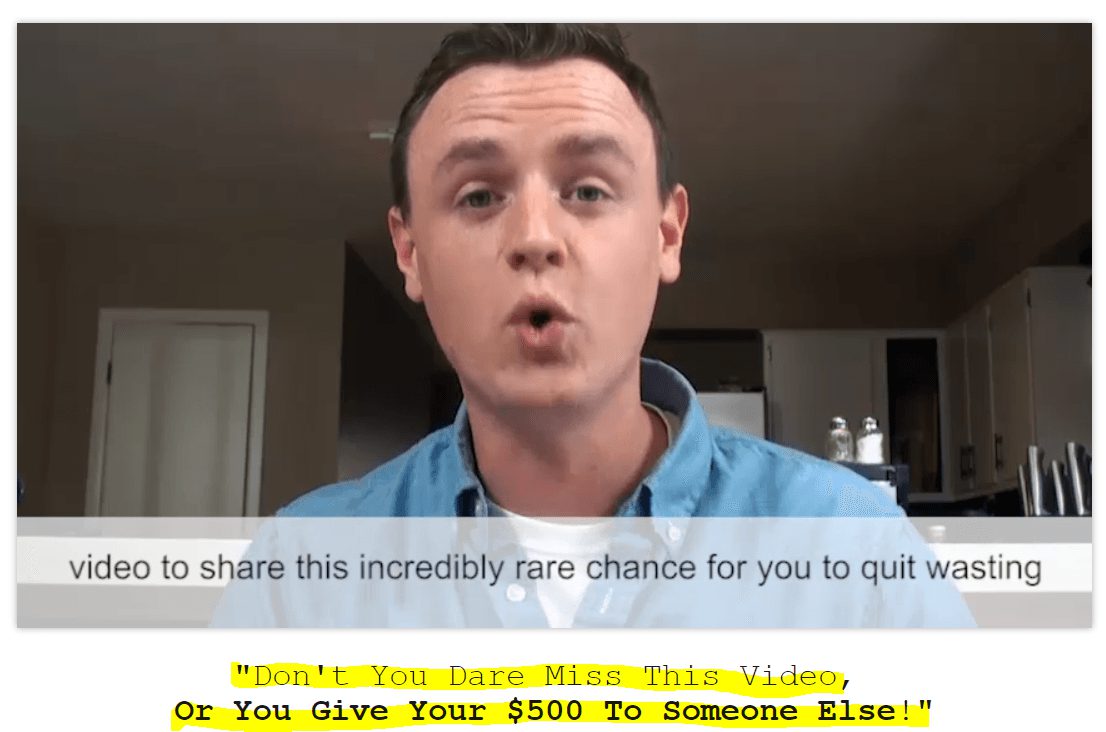 Of course it was made to appear like $500 just for trying out the program and if you fail, HEY, you part with the money anyway.

Part of the “super simple 21 Steps” is to purchase your licensing right enabling you to sell these crap products to others. Here’s the price tag on that:

If you knew any better, you could start a REAL online business on a topic of your choice and stretch the $2,000 investment over a several year span!

Is Cash With Matt A Scam?

Though many people have mixed feelings and reviews when it comes to MOBE, I believe BOTH Cash With Matt and MOBE are scams.

They’re both misleading and ripping off a lot of folks. We’re talking $10,000’s of dollars here that people will never get back.

In Cash With Matt they tell you how rich you can be yet never describe what you need to do to get there. Which is typical in a scam.

If you truly believe in “instant riches at the click of a button” then maybe Cash With Matt is for you.

Making money online unfortunately doesn’t come at the click of a mouse. If you’re tired of these super secret (and questionable) methods that promise to make you rich but will inevitably leave you broke in the end…

You will learn how to make money through your OWN website. Wealthy Affiliate is the platform that will teach you how to properly:

This happens all within the first course which is free (no credit card needed) to participate in. To advance into the further lessons you will have to upgrade to Premium Membership which you can learn more about here.

The training, support, tools, and help (from other members and owners) speaks for itself.

Oh this MOBE and the picture of Matt Lloyd seems very familiar to me. Can’t remember when I came across this though.
I think this is something similar to the one I signed up for months ago, I downloaded a free ebook and it looked pretty good so I joined, cost me $40. And I could only access 2 tutorials (they said that once I completed the two tutorials they wouldn’t unlock some more) which was fine but then I learned that to progress further I had to pay $1,200. So I spend $40 to be told I had to pay $1,200. Worst scam ever!

It sounds very much alike it (though the pricing you shared is different) but the same nonsense.

The initial charges are set to lure people in, then the next thing you know your being asked to pay 30x more (in your case). To top it all off the products or not worthy of their price, nor is paying for a license to “sell” them.

I think if these companies were upfront in the beginning it would take them a long way – as opposed to facing numerous complaints and dealing with refunds.

Or offer something worth the money! – Just my two cents.

Sorry you had that experience and thanks for sharing,
Jason

An ‘invitation’ to join ‘Cash With Matt’ came up in my notifications. Cautious, but curious I watched the video and it seemed similar to all the Binary Trading Scam video’s all over the internet. However, I noted it wasn’t for Binary Trading, but had the gut feeling it was a scam because of the way ‘Jordan’ presented the video. Whilst watching this video, I googled ‘Cash With Matt’ and I came across your site. Thanks for your info

Glad I could help, Michelle 🙂